Microsoft Snip - a new way to get screen shots

Microsoft has released a new Office app called Snip.  Snip is a way to grab images from your screen or camera, edit them and then insert into Office documents or emails as well as share on social media.

Snip is from Microsoft Garage meaning it’s in preview and perhaps a test of concepts and technologies than a fully formed product. There’s no system requirements listed but it’s certainly Windows only.

There are plenty of screen image products out there to say nothing of the Windows shortcut (PrintScreen button or Win + PrtSc in Windows 8/10) and the Screenshot tool in Office itself.

It’s also possible to an image from an attached camera.

Here’s the main Snip toolbar which can float on your screen.  On the left is the snipping tool, next is the ‘Whiteboard’ (really the Snip image editor with a blank white opening image) and Camera.  The small button on bottom right is the library of past Snip images and videos.

Once you’ve taken an image you can draw on the image with some very simple tools.  There are four widths of pen line (hold down the Pen button to change) and five colors.

Only free form lines are possible which means raggedy and messy annotations unless you have a remarkably steady hand or ideal hardware.  There’s no way to easily draw a straight line, not even the ‘Hold Shift key while drawing shortcut that’s been in Windows Paint for as long as anyone can remember.

Unfortunately, Snip doesn’t (yet) have a selection of common annotation tools like arrows, circles and callouts.

One interesting Snip trick – make a video as you annotate an image.  Click on Record then speak and draw on the image. 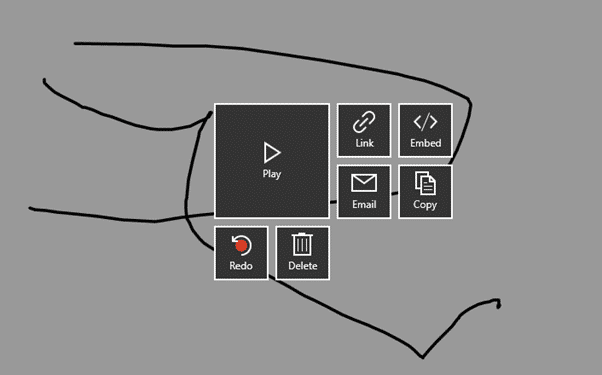 You can save the video to the mix.office.com web site (not your own OneDrive account), email or save to your local computer.  The Copy option makes it easy to Paste into PowerPoint, Word or Excel.  The video is saved in the common MPEG4 .MP4 format.

We suspect most people use screen shots for more mundane things.  Mostly getting computer help or teaching.

With Snip you can get an image of something that’s happening on your screen then use it in an email to tech support.   The easiest way to do that is via the Copy button in Snip, then paste into an email or document.

Snip is an interesting start.  There’s nothing particularly new in the preview Snip that’s not been available in other software for years.  With some improvements to the annotation tools it could become a welcome addition to Microsoft Office.

Thanks for joining us! You'll get a welcome message in a few moments.
Office 2016 on 22 September ... maybe ... not that it matters How to avoid privacy breaches with Outlook