Microsoft is changing the names of the various Office 2016 for Windows releases (Office 365) including Insider editions.  They say it’s ‘simplified’ but we’re not so sure. 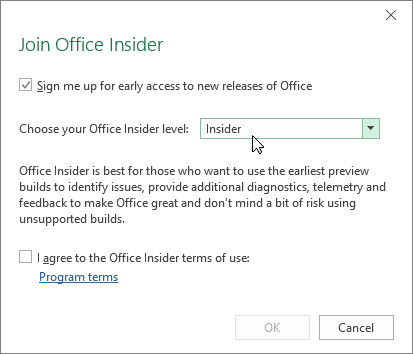 The new name does NOT make it clear that you’re getting test software that’s not fully ready for the public.  Instead Microsoft waffles on about ‘fully supported builds’ and sending yet more information back to the company.

Regular Office 365 subscribers using Office 2016 for Windows were on the ‘Current Channel’ which is now known as ‘Monthly Channel’.  Enterprise users will get one of the ‘semi-annual’ releases as decided by their network administrators.

These names refer to feature updates.  Security and bug fixes are normally released each month.

Here’s the full list of ‘simplified’ names as supplied by Microsoft.

Thanks for subscribing!
PowerPoint is 30 years old, can you believe it? Email spoofing tricks senior British politician
View our latest eBooks!