Each year Office-Watch.com has a little fun seeing how Microsoft Word’s dictionary compares to the winners of the Scripps (US) National Spelling Bee.

Here’s a list of the words used in the 2017 Final as they appear in Word with the US English dictionary. 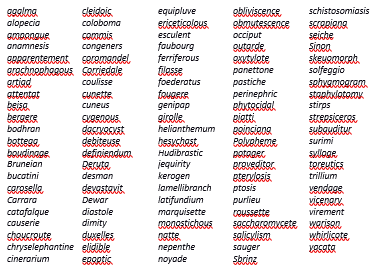 Thanks for subscribing!
Office 2011 for Mac - time is running out Just hovering over a PowerPoint link can infect your computer!
View our latest eBooks!