The new iPad Pro’s announced today by Apple come with an extra cost to use Microsoft Office.

Office Mobile apps for iPad are usually free for everyone.  There are some extras for Office 365 customers but most of the app features are available for all comers.

But the new iPad Pro’s, like their predecessor Pro models have screens over 10.1″ diagonally.  That means you have to pay for Microsoft Office.

Any device with a screen over 10.1″ is considered by Microsoft as a full computer, so an Office 365 plan (Home, Personal, University etc) is needed.

Add to that the cost of a keyboard, the new Apple Pencil (see below) and a case/cover for the iPad and Pencil.

At those prices another $100 for Office 365 Home probably isn’t going to worry you.

Apple hype was on full blast today with the iPad Pro described as nothing less than:

“magical piece of glass that can be anything you need it to be.”

Presumably this came a marketing department inspired by the great Douglas Adams who coined the phrase “Your plastic pal who’s fun to be with” to describe robots! </ HHGTTG>  . Douglas was being sarcastic, Apple isn’t.

The Apple Pencil is very good. It’s the only digital pen/stylus we’ve found to be truly useable.  Peter often uses his to make ‘handwritten’ notes in OneNote or markup Word documents or PDF’s.

The first generation Apple Pencil costs US$99 which was a lot and hard to justify.

The new ‘2nd generation’ Apple Pencil raises that to US$129! 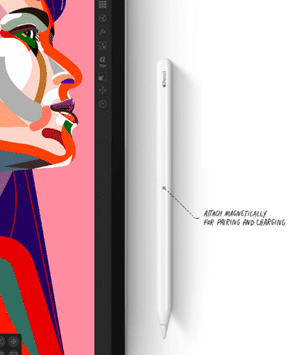 For another $30 the pencil cap (easily lost) is gone and the Pencil now supports double taps.  2nd Gen Apple Pencil recharges by laying it on an iPad Pro 11″ or 12.9″ model, therefore it’s only compatible with those two devices.

Make sure your iPad supports the Apple Pencil. If so, get the right Pencil to suit your iPad.

Give more money to Apple

If you’re new to Office 365, don’t make the mistake of buying Office 365 from Apple.

Apple sells Office 365 through the app store, online and at their physical Apple Stores at full retail price.

Office 365 new or renewal is easily available from other retailers for less than what Apple or Microsoft charge.

Thanks for joining us! You'll get a welcome message in a few moments.
Office Home Use Program, what's the catch? Converting Text with month and year into Excel dates