Looking back on Love – the Love Bug in Windows

Love Bug or I Love You was a VBScript virus sent mostly by email.  It spread quickly by emailing itself to all Outlook Contacts. People opened the email because it came from someone they knew (an important point, see below).

Each infected computer had many scripting, music and photo files replaced with copies of the I Love You script file.  That caused all manner of trouble for users.

The virus also created many, many registry entries which slowed down or even stopped Windows running.  Office Watch created a small utility to fix that called, naturally, ‘Cure for Love’.

There’s much better and faster security these days.

A major problem caused by Melissa and Love Bug was simply overloading email systems with so many messages that the servers could not cope. Office Watch’s special warning issue on 5 May 2000 didn’t reach many people because the receiving emails systems were swamped!

These days, infected emails tend to be identified and deleted quickly by modern anti-virus/anti-spam systems should detect and delete them.

What hasn’t changed much is Microsoft’s response.  Denial, simultaneously blaming customers and keeping them in the dark.  Sound familiar?

Microsoft sent an email to US customers saying they should be wary of “email attachments from people you don’t know” which is a line they still repeat 20 years later.  Since I Love you was spread using the Outlook Contacts list the chances were good people did know the sender.  Microsoft knew that but used the excuse to deflect blame from themselves.

In the same email, Microsoft promoted a download update to Office 2000 despite knowing about patching faults which their own engineers were working to fix.  Microsoft still has trouble with buggy patches and rarely withdraws a faulty patch.  It’s Déjà vu all over again.

We said at the time

“You can get a big laugh in the last paragraph when Microsoft talks about their ‘vigorous’ effort with regards to security. I’d hardly describe Microsoft’s efforts as ‘vigorous’ – the words piecemeal, evasive, haphazard, inconsistent and tardy are far more apt.”

Microsoft Australia had the gall to send a promotional email to Aussies a few days after the attack. The email made no mention of the ‘I Love You’ virus, not even copying info from the Microsoft US customer email.  Instead they tried to sell Pocket PC’s (remember them?). 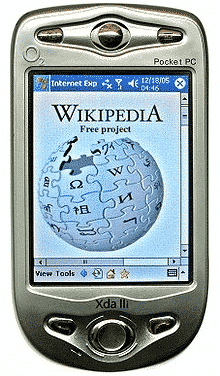 About the developer of the ‘I Love You’ virus

The maker of “I Love You” was a young Filipino man, Onel de Guzman, then 24 years old.  He was trying to get Internet login details (for dial-up connections) and says he didn’t expect it to spread so far or so fast.

It’s true that the virus did download a separate package to scan and send login details.  That download was blocked but the damage caused by the main virus code continued.

de Guzman’s story doesn’t explain the destructive element of his virus which deleted many files on computers.

The BBC caught up with de Guzman, now living a quiet life in Manila.

Back then, the Philippines had no laws to cover computer crimes so no-one was prosecuted.

Coronavirus, Buttigieg and other topical words in Word & Office

Make your own Word virus for $40

Thanks for joining us! You'll get a welcome message in a few moments.
Adding Virtual Background or blurred video to Teams Workbook Statistics finally in Excel
View our latest eBooks!