Office Lens, at last it's available for iPad

Office Lens, a way to convert pictures of documents or whiteboards into text is finally available for Apple iPads.

Back in 2015 Office-Watch.com demonstrated some of the clever crop and rotation tricks in Office Lens, plus the ‘convert to text’ option shameless stolen from OneNote. 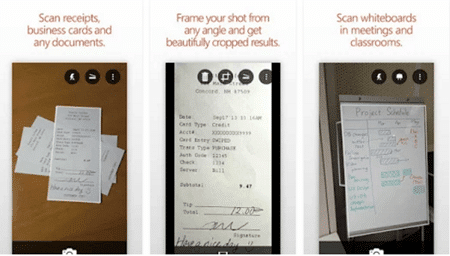 Images can be saved to OneDrive, OneNote or into new Word, Excel or PowerPoint documents.

Until now, Lens was only available for iPhone and iPod Touch.  Now iPad users can join in using the same app in the iTunes store.

Thanks for joining us! You'll get a welcome message in a few moments.
StaffHub - shift management come to Office 365 Office updates for Apple devices