It’s time again to put the mighty brains and resources of Microsoft against the best and brightest of American youth.  Yet again, the kids put Microsoft Word to shame.

Each year, Office-Watch.com get the word lists from the finals of the US Scripps National Spelling Bee and runs them through the Microsoft Word dictionary.  There’s no good reason, just a bit of fun. 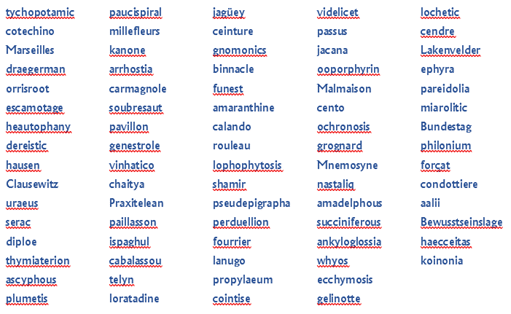 The same words are marked with the red squiggle in US, UK and New Zealand English.

The Aussie English dictionary in Word gets one more word correct than the other countries we tested.

English (Australian) recognizes ‘uraeus’  … why?  Do Australians regularly need a word for “a stylized representation of the sacred asp appearing on the headdress of ancient rulers especially just over the forehead and serving as a symbol of sovereignty.”?