Why Windows 10 Variable fonts are important

Variable fonts are a single package that includes many variations (Light, Heavy etc), instead of having separate font files for each variant.  That takes up less disk space (important on tablet devices) and, as John explains, are easier for font makers to make and maintain…

” This new font family, Morandi from Monotype, is typical of new offerings from font vendors. 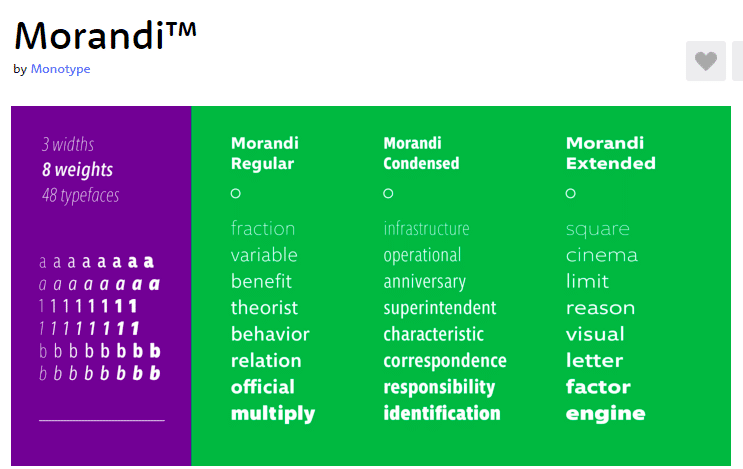 
It would be far too time consuming and expensive to draw each variety individually. It appears these are produced internally at Monotype as a variable font, with the end points of weight, slant and width being drawn, and the intermediate varieties being computer generated by interpolation.  It’s easy for Monotype to release the font family as a single variable font when support for variable fonts becomes generally available.

In the meantime, Monotype has released the “named instances” which can be defined in a variable font, as 48 separate fonts so that they are usable now before many programs support the use of variable fonts.

This is all great from a font vendor’s viewpoint. Every time there is a change in font format, e.g., from the old Postscript fonts to Open Type fonts, the vendors have an opportunity to sell the new versions to owners of the old versions for whom the convenience of the new format is worth the cost of buying the new versions.

However, I believe we will see a hard push from font vendors to switch users from outright purchase to subscription arrangements such as Typekit and Skyfonts, just as program vendors are pushing hard to get users to subscribe to Adobe Cloud and Office 365. “

Thanks for joining us! You'll get a welcome message in a few moments.
Audio tricks and traps in PowerPoint Why Office 365 coming to the Mac App Store is a bad move