WhatsApp is getting ads, time to switch to Signal

WhatsApp will starting showing ads in 2020 which is another reason to give up on the messaging app and move to a more private and secure but very similar app, Signal.

WhatsApp has over 1.5Billion users which makes it a too tempting target for the owners Facebook and advertisers. Facebook will be able to target WhatsApp ads using the personal data they’ve mined about us from their own site and elsewhere.

This change is important to Microsoft Office because many users send/receive Office documents via WhatsApp.  It’s fast, reasonably secure and, until now, free of advertisement intrusion.  Our ebook Beating Bots, Spies and Cock-ups explains how to safely transfer files, big and small, by many means including WhatsApp and Signal.

WhatsApp ads appear to take up the entire device screen. Users find out more information by swiping up. 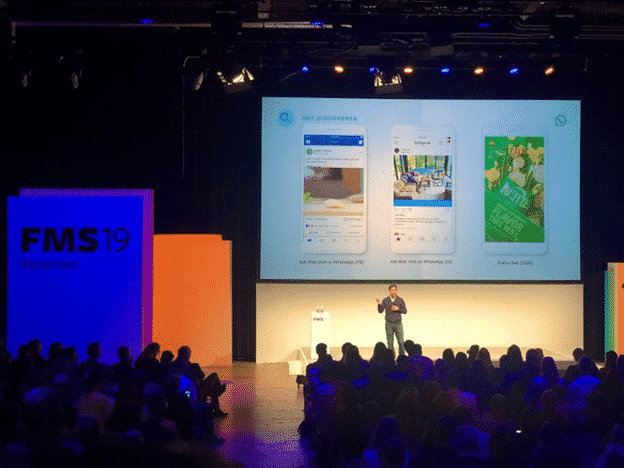 It might seem hard to switch from WhatsApp because most people use it but there’s a viable alternative: Signal.

Signal or other messaging services can run side-by-side on the same machines.  Many security conscious businesses and professions are already moving away from WhatsApp and that’s likely to speed up with advertising coming.

Install Signal on your smartphone then invite others to join you.

We’ve recommended Signal for some time. It’s much the same as WhatsApp both in underlying technologies and daily use (look and feel).

Signal supports both Apple and Android devices with extensions for both PC and Mac desktops.

Files and documents up to 100MB can be securely transferred via Signal, the same size limit as WhatsApp. Beating Bots, Spies & Cock-ups has details including how to bypass the size limit.

The setup is much the same, initial identification is via a mobile phone number.  From then, any mobile phone account/SIM can be used (our globe-trotting boss, Peter Deegan, does that all the time).  Any Internet connection works with Signal.  Some countries try to block messaging services but a pre-arranged VPN can usually by-pass that.

Signal is an open source project which truly has privacy and security as it’s basis.  It’s a registered non-profit which makes its money from donations and selling encryption technology to others.

Yes, Signal encryption is the common standard which other messaging services including WhatsApp now use to protect messages from snooping.  Facebook, Microsoft and others pay licencing fees to Signal for their encryption system.  Signal encryption is open-source so anyone can check the code for backdoors or bugs.

Signal difference is the data they store about users, or rather the lack of it.  Signal deliberately keeps the least information possible about users and they are working to store less and encrypt more.

In a now famous case, Signal was ordered to release all information about two users. They responded with the only data stored: the date/time the user registered with Signal and the date/time of their last connection!  No information about location, messages sent or received, contacts or groups which can be saved and disclosed by other messaging services.

Telegram is the other WhatsApp alternative.

The problem with Telegram, as we’ve mentioned before, is that the encryption is proprietary so there’s no way to be sure there aren’t holes or backdoors. It’s specially concerning that their server code isn’t open for inspection.

It’s impossible to be sure what data Telegram is collecting about customers or that they can’t peek into messages.

The only upside to Telegram is the much larger file transfer size. A whopping 1.5GB instead of WhatsApp and Signal’s ‘measly’ 100MB

It may be that Telegram is as secure and private as they claim.  Unlike Signal, there’s no way to independently verify Telegram’s promises.

Thanks for joining us! You'll get a welcome message in a few moments.
Excel gets Bitcoin as a Currency option 2019 Spelling Bee champs beat Microsoft Word …. again