Windows Movie Maker is a simple and free video editor from Microsoft.  Officially it’s no longer available but it’s still available if you know the magic spell.

We’ve explained how to get the much-loved Office Picture Manager even though it’s been officially removed from Office.

Movie Maker was part of Windows Essentials, a package of free programs from Microsoft.  Most of them are either defunct (Messenger) or superceded (Editor), only Movie Maker still has a place.

As a simple video editor, Windows Movie Maker is great.  You can put together video clips, add captions, audio, titles and end credits.  Various effects, animations and transitions are available.

Use WMM to make a short video for insertion into a PowerPoint presentation. 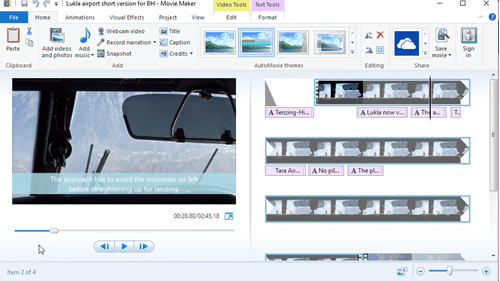 Officially, Microsoft has stopped supplying Windows Essentials 2012 (the last release).  For a while you could still downloaded the small installer (wlsetup-web.exe 1.2MB)  from Microsoft.com but that app can’t grab the larger install files.

Microsoft also released Windows Essentials 2012 as a single ‘all inclusive’ download – wlsetup-all.exe 134MB .  This single file has all you need to install Windows Movie Maker and other apps.

It’s safe practice to only download programs from original, known and trusted sources …  but this is an exception. Since you can’t get the download from Microsoft (unless it’s hiding somewhere on Redmond’s many servers) you’re forced to look elsewhere.

For some years the full install was on Live.com – a Microsoft owned domain. But that link no longer works.

We’ve made a copy of the download available to our free newsletter subscribers.  The Exclusive Subscriber Downloads page is available in every issue.

The download link, and a lot more, will be in the first issue you receive.

We strongly suggest keeping and storing safely the Windows Essentials 2012 full installer.  That will save you hunting around and downloading again if you need to reinstall.

that keeps the original file name plus enough extra words to make it easy to find.

Installing Windows Essentials 2012 is simple.  Don’t use the default ‘Install all’ option.  Instead select ‘Choose the programs you want to install’. 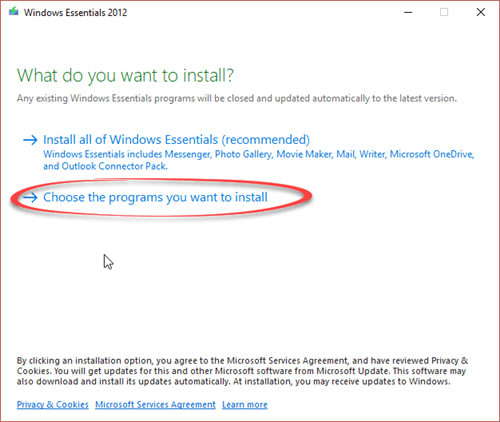 Then deselect everything except ‘PhotoGallery and Movie Maker’.  From there the installation should proceed normally.

Thanks for subscribing!
Surface Earbuds with Office Nekofont - the cat font
View our latest eBooks!