The Dubai font inspired us to look at the currency symbol for the United Arab Emirates – the Dirham. A quick guide for those of us who don’t know any Arabic!

There’s no direct symbol for the Dirham – unlike the dollar, Euro or Yen/Yuan.

The usual prefix is DH  or  Dhs  , just plain old western letters and it looks like this:

The official currency code is AED.

In Arabic, there’s a three character prefix (shown here as an image and text) 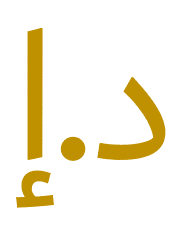 It’s made up of three Arabic characters.  Here’s the Unicode references and names.

0625 Arabic Letter Alef with Hamza below

Any font with Arabic character support will work. Microsoft Office has quite a few fonts with Arabic letters included.

Just like any other extended range character not on your keyboard, you can use the Office Insert | Symbol feature:

One Dirham is made up of 100 fils (equivalent of cents).

The Arabic word for fils is also three characters (again, image and characters):

Thanks for subscribing!
About the new Dubai font for Office Instagram - get your Office fix!
View our latest eBooks!