Microsoft is ending their Delve blog service starting later this month. It’s being done with little notice and in a very round-about way.

Delve blogs aren’t widely used and their end has been anticipated by some network admins.  Even so, Microsoft has badly handled the announcement.

Instead of a Microsoft blog post or some official notice, they’ve let the news dribble out via second-hand Twitter messages.

Delve blogs are being retired. Delve blogs will no longer be available for creation, and existing blogs will eventually be removed.

That means customers get less than a month’s notice that Delve blogs will start shutdown and the entire service is deleted within six months.

News of the relatively fast shutdown has spread from Mr Milan’s Twitter message.

Delve was an attempt to bring together relevant documents and links for Office 365 hosted users. 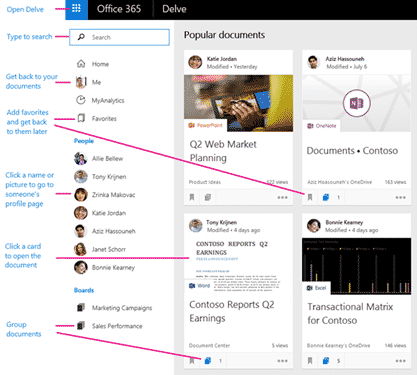 It included a blogging feature which is the part now being stopped.  The rest of Delve seems to be continuing, though it would be nice to hear directly from Microsoft.