Office gets Irish language or Faigheann MS Office an Ghaeilge

Irish Gaelic, Gaeilge or just Irish is now available in Microsoft Word Translator and other translate services from Microsoft.

It’s a somewhat surprising omission up to now. After all, Irish Gaelic is the first official language of the Republic. English is more commonly used and the second official language.  Gaeilge is also recognised in Northern Ireland and the EU.

Irish language should appear in all the places that there’s a language list.  If not, try updating your copy of Office.

At Review | Language | Translate it’s ready to use.

To set as a proofing language go to Office site Language Accessory Pack for Office choose Irish then download the right version (32-bit or 64-bit) See Which Office do I have 32-bit or 64-bit? 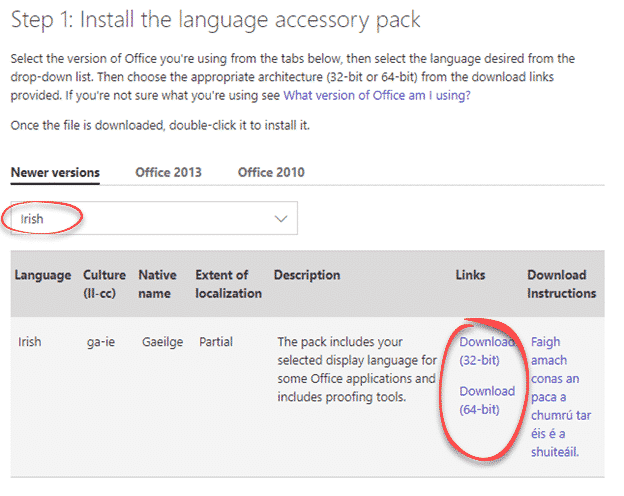 See if any language is already installed at Options | Language | Office authoring languages and proofing.  The ‘Proofing available’ link takes you to the web page shown above.

Each language or variant has culture code. It’s something regular Office users don’t need to worry about but developers and VBA coders might need to know.

Thanks for joining us! You'll get a welcome message in a few moments.
Canadian Flag into Word, Excel or PowerPoint XLookup comes to Excel for iOS and Android