Microsoft 365 licences, are you paying too much and for too many?

A new report suggest that many organizations are paying too much for Microsoft 365 (Office 365). The same might apply to some individuals with Microsoft 365 Family/Home.

The number of inactive and unassigned licences is astonishing.

That’s a lot of money flowing to Microsoft that could be saved.

Perhaps the biggest saving could be moving E2 or E3 users to the cheaper E1 plan.  E2/E3 plans include desktop Office programs (for $20 per user/month or more).

E1 gives access to the browser-based versions of Word, Excel, PowerPoint, Outlook and Teams plus the mobile apps on smaller devices. For just $8 per user/month. That might be all that some staff need.

We’ve seen many individuals who have an Office 365/Microsoft 365 Home plan when all they need is Microsoft 365 Personal. 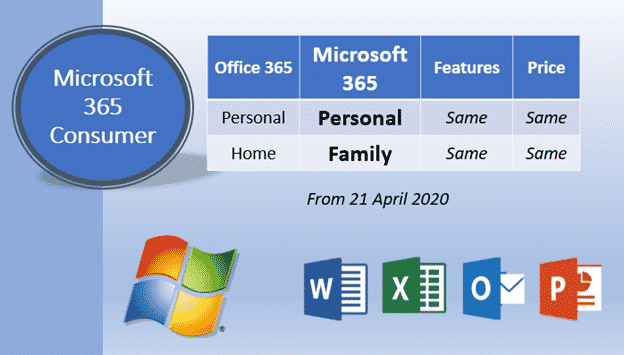 The Personal plan is enough for an individual.  Microsoft 365 lets one person run Office for Windows or Mac on 5 computers at a time plus five mobile devices.  And all the usual Microsoft 365 goodies, a Terabyte of OneDrive, 60 Skype minutes of calls etc.


Yet many solo users have the Family/Home plan for six users .. why?  Microsoft 365 Home is sold much more prominently both online and in stores. Sometimes stores don’t even have Personal ‘cards’ available.

If you’re on your own, maybe check what you’ve purchased by logging into your account at Office.com .  If it’s the Home plan, don’t renew but buy Microsoft 365 Personal near the expiry date and switch to the cheaper plan.

Office 365 Personal gets a big boost

Protect yourself buying Microsoft Office from Amazon or Ebay

Thanks for joining us! You'll get a welcome message in a few moments.
Subtle effects with Snap Camera – beyond the potato Great price on Office 365 Home in the UK