Save images or slides to SVG format

PowerPoint 365 is getting the option to ‘Save As’ to SVG format from either images/graphics, charts or whole slides.

It’s now in PowerPoint 365 Windows for Insiders and will spread to the public versions in due course.

SVG is a scalable graphics format which ensures the image looks the same no matter how large or small it is. It’s a XML based description of how to draw a shape.  Icons in Office 365 are SVG graphics.

To save one or all slides to SVG, under File | Save As | Save as Type, choose ‘Scalable Vector Graphics format (*.svg) from the long list.

Save either a selected image/graphic/icon/shape/chart in a slide by right-clicking then Save As Type, ‘Scalable Vector Graphics format (*.svg).

Why convert to SVG?

It’s not the most important addition to PowerPoint but ‘Save As to SVG’ is a handy little addition that’s worth keeping in mind.

Saving a slide to SVG would be very useful if printing or displaying a slide in a very large format.  SVG will scale up to really large sizes like posters or even billboards.

Office 365 has some nice SVG editing options in addition to the ones we’ve talked about before.

But those options convert the SVG into an Office shape.  Save As to SVG lets you tweak an SVG in Office then get a fresh SVG to use elsewhere.

If the image or slide contains raster or bitmap details (like a JPG image) it becomes a large SVG with the pixel details written into the file.  That works but it’s not a good use of SVG. 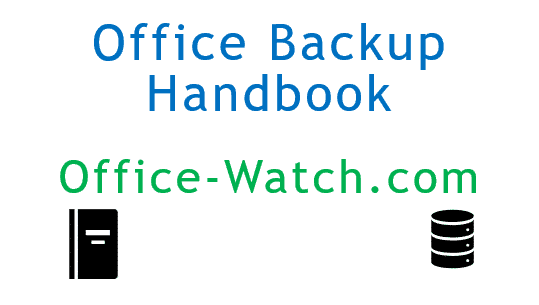 The result was acceptable SVG.  The background and text all became SVG descriptions – see the text words and font statement in this snippet.

PowerPoint only, for now

Save as to SVG is only in PowerPoint, at least for the moment.

It would be nice if Word had the same feature to export images in documents.  In the meantime, copy the image from Word to PowerPoint and ‘Save As’ from there.

Thanks for subscribing!
Xlookup is coming and it’s truly a great thing PowerPoint Notes Master for more handout control with slides
View our latest eBooks!